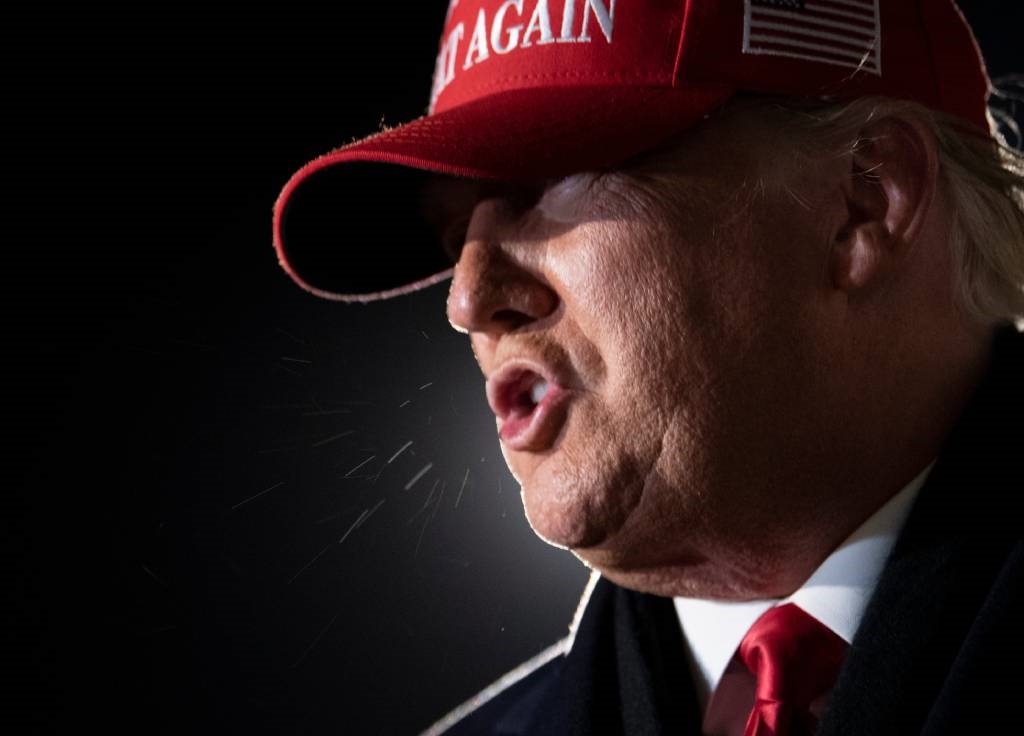 US President Donald Trump speaks to the press at General Mitchell International Airport.

For plenty of Africans, President Donald Trump’s actions in the aftermath of the US election have been a cause for dark humour, but others have reacted with dismay or disbelief.

In countries whose own recent elections were marred by accusations of cheating and violence, some expressed alarm about the signal that Trump’s premature declaration of victory, allegations of fraud and flurry of lawsuits might send to their own leaders.

“Trump is setting a bad example for Africa and a country like ours. You cannot proclaim yourself in an election where you are a candidate when justice exists,” said Mory Keïta, a car parts dealer in Guinea.

Dozens were killed in protests before and after the West African country’s president won a controversial third term last month.

“It’s a total disgrace,” said Bachir Diallo, a Guinean mining executive. “Such a mess is worthy of a banana republic.”

As the vote count pointed towards a victory for Democrat Joe Biden, others felt a sharp sense of irony seeing events play out in a developed nation whose authorities regularly admonish African leaders for not respecting democratic norms.

When the US Embassy in Guinea’s neighbour Ivory Coast called on Wednesday for dialogue and commitment to the rule of law following another disputed presidential election, it triggered an avalanche of reactions.

“I believe the playground response is ‘why you talking about yourself?'” one Twitter user retorted.

“What we are seeing from Trump is not different from what we have been seeing in African politics. However, it is terrifying to see this in America,” said Tito Kisiya, a sales executive in Tanzania, whose presidential election last week drew criticism from US Secretary of State Mike Pompeo.

Even so, some who followed the US election found positives to take away.

“It’s calm, and there is no violence,” said Viviane Asseke, a schoolteacher in Ivory Coast, where more than 10 people have died in clashes since the president won a third term that opponents consider unconstitutional.

“It makes you want to vote.”