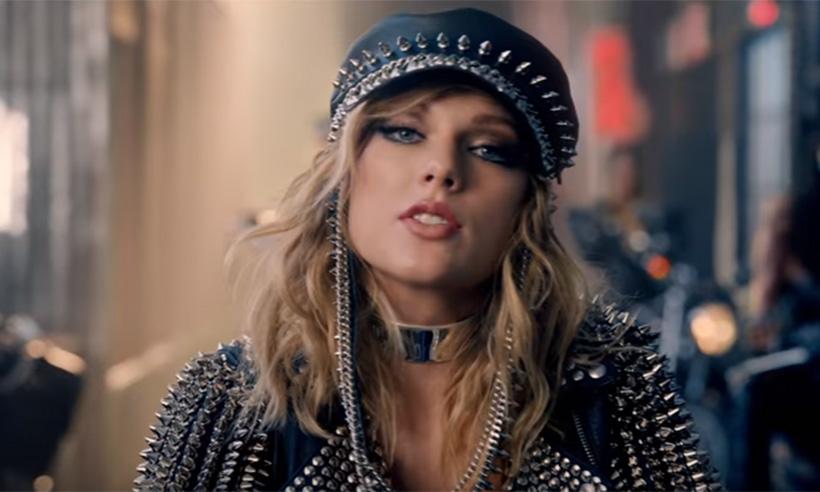 There’s a new development in Taylor Swift’s battle to reclaim her music. The star signed a bad but all too common deal in which she doesn’t own her original masters. Big Machine Label owned her first few albums, and two years ago, manager Scooter Braun brought the company. For the last few years, Swift tried to buy back her music to no avail. Now, Taylor Swift has debuted her first re-recording of one of her original songs.

Swift has been talking about re-recording her early work for years. She hasn’t finished yet, as she revealed on Twitter, but she did finish a track that fans can now hear in a commercial. “Okay so while my new re-records are NOT done,” the musician tweeted,” my friend @VancityReynolds asked me if he could use a snippet of one for a LOLsome commercial he wrote so… here’s a sneak peak of Love Story! Working hard to get the music to you soon!!” The minute-and-a-half-long commercial stars her friend, actor Ryan Reynolds.

The track Taylor Swift re-recorded is “Love Story.” As fans have noticed, the re-recording is very close to the original. By re-recording her original albums, she’ll see profits from advertisers and music supervisors in the future. Artists do this all the time when they don’t own their original masters. The artist’s representative will sell the re-recordings.

“So far, of the ones I’ve recorded, I think it’s been the most fun doing ‘Love Story’ because the older music, my voice was so teenaged and I sometimes, when I hear my older music and my older young teenage voice, it makes me feel like I’m a different singer now,” she said on Good Morning America. “So it’s been the most fun to re-record ones that I feel like I could actually possibly improve upon the song.”

The artist tried to buy back her catalogue from Scooter Braun, who recently sold her albums for an estimated $450 million. Braun wouldn’t strike a deal unless the artist allegedly signed a non-disclosure agreement. If she signed it, Swift couldn’t say anything but kind words about him, which her lawyers advised her against and insisted was unusual. For his part, Braun has kept quiet about the situation.

Taylor Swift has repeatedly called him out in the past, calling him “a bully” and “the definition of toxic male privilege in our industry.” Swift has tackled the subject head-on, trying to fight for not only herself but other artists for today and in the future.“Well, I do sleep well at night,” she once said, “knowing that I’m right, and knowing that in 10 years it will have been a good thing that I spoke about artists’ rights to their art, and that we bring up conversations like: Should record deals maybe be for a shorter term, or how are we really helping artists if we’re not giving them the first right of refusal to purchase their work if they want to?”

Braun, however, has been mostly silent on the matter. Braun even dismissed the dispute as a case of “political correctness.” “I don’t know where we got messed up along the way that we decided being politically correct is more important than having conflict resolution,” he once said. “People are allowed to grow as human beings.” But you don’t find that out just yelling at each other. You find that out by showing each other respect and having a conversation.”

31 Type Deal Picks to Snag Over the Lengthy Weekend