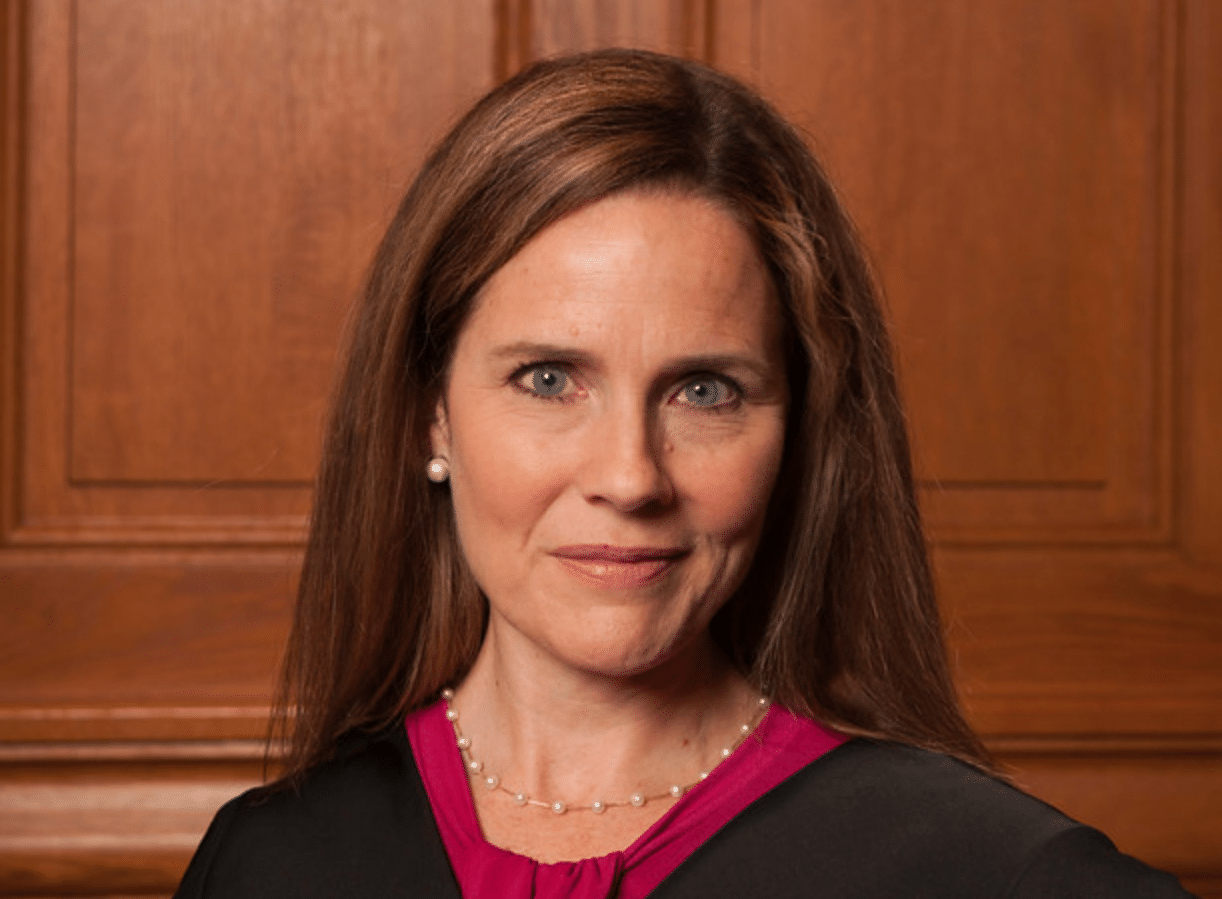 The Senate voted to confirm the nomination of Amy Coney Barrett to the Supreme Court on Monday night.

In a vote of 52-48, Barrett was confirmed as the third Supreme Court justice chosen by President Donald Trump, following Justice Neil Gorsuch and Justice Kavanaugh.

Sen. Susan Collins was the only Republican to side with Democrats in voting against Barrett.

Senate Majority Leader Mitch McConnell said ahead of the vote, “By any objective standard, Judge Barrett deserves to be confirmed to the Supreme Court. The American people agree. In just a few minutes, she’ll be on the Supreme Court.”

After Barrett’s confirmation, a statement from the Supreme Court said, “Chief Justice John G. Roberts, Jr., will administer the Judicial Oath to the Honorable Amy Coney Barrett, as the 103rd Associate Justice of the Supreme Court, in a private ceremony tomorrow, October 27, 2020, in the East Conference Room at the Supreme Court. Upon administration of that oath, she will be able to begin to participate in the work of the Court.”

The vote came just one month after Trump announced his decision to nominate Barrett to fill the vacancy on the high court left by the passing of Justice Ruth Bader Ginsburg in September.

Trump made the announcement on Sept. 26 at the White House Rose Garden alongside Barrett and her family. Trump told Barrett in front of reporters, “I looked and I studied and you are very eminently qualified for this job. You are going to be fantastic.”

Barrett, 48, is currently serving as a circuit judge on the U.S. Court of Appeals for the Seventh Circuit. She was nominated to the circuit judge position in May 2017 and confirmed by the U.S. Senate in October of that year in a vote of 55-43.

Amy Coney Barrett would make history as the FIRST mother of school-aged children EVER to serve on the United States Supreme Court.

Barrett had been considered a likely frontrunner in Trump’s considerations to fill the Supreme Court seat. She was reportedly added to Trump’s list of potential Supreme Court nominees in 2017, shortly after her confirmation to the Circuit Court position.

She was one of the top contenders being considered by Trump in 2018 when he was filling another vacancy left on the Supreme Court after Justice Anthony Kennedy retired from the court. Brett Kavanaugh was ultimately selected to fill Kennedy’s vacancy, and his nomination was approved after a contentious confirmation battle.

A week prior to Ginsburg’s passing, Trump added 20 new names to his Supreme Court nominee list, including Barbara Lagoa, a circuit judge for the U.S. Court of Appeals for the Eleventh Circuit. Lagoa was thought to be another top contender throughout the last week as Trump considered his pick to replace Ginsburg, but Barrett ultimately won out the nomination.

Barrett graduated law school in 1997 at Notre Dame and previously served as a clerk for Supreme Court Justice Antonin Scalia.

Barrett, who resides in South Bend, Indiana, has seven children, together with her husband, Jesse Berrett.

Trump had said, “If confirmed, Justice Barrett will make history as the first mother of school-aged children ever to serve on the Supreme Court.”