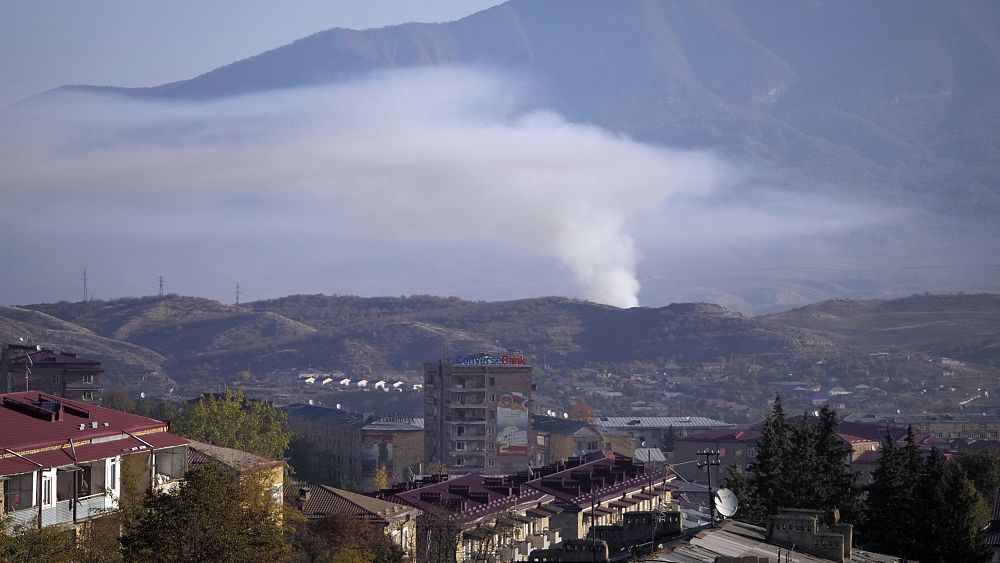 The flare-up of violence over the region of Nagorno-Karabakh in the Caucuses continued over the weekend, despite US-brokered talks aimed at ending the violence.

The United States has been hosting top diplomats from Armenia and Azerbaijan in a new bid to stop the fighting.

Missiles and artillery shells hit residential areas on Saturday just hours after diplomats from the two countries landed in Washington for the negotiations.

The heavy shelling forced residents of the city known as Stepanakert for the Armenians and Khankendi to Azerbaijan into shelters as emergency teams rushed to extinguish fires.

There was no immediate information about casualties.

People here are used to living with conflict. One young soldier from the region’s Armenian-backed army got married in a church damaged by shelling.

Alongside weddings, funerals are also taking place – a 13-year-old boy who died of wounds from shelling in the Azerbaijani town of Ganja was laid to rest on Saturday afternoon.

The former Soviet states of Azerbaijan and Armenia fought a bloody war over the mountainous region of Nagorno-Karabakh in the early 1990s.

Thousands were killed on both sides. Hundreds of thousands of people were displaced.

The war ended with a truce in 1994, although there has been sporadic violence since as the dispute remains unresolved.

UK says Brexit talks ‘are at a troublesome level’